Dandere General and his Lord 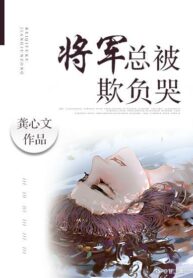 General: My Lord’s kindness is as heavy as a mountain. Be it my heart, my life, or any part of my body, I will never turn my back on My Lord. But in fact, in my heart, I still like women.

Lord: What a coincidence, I am a woman.

Enemy Troops: Mo Qiao Sheng is here again. This King of Hell who kills people without blinking an eye, everyone run!

Minister: The Great General is really a sharp weapon of the country, the Great God of the Jin Army. This one is just afraid that his achievements may shock My Lord and be harmful to My Lord.

The actual daily life in the imperial palace is as follows.

Palace Maid: My God, I can’t watch. The general was bullied by His Majesty and cried again. Really, so pitiable.

The male lead is a general who was born as a slave. When he was young, his life was miserable and filled with frustrations. Fortunately, he was saved by the female lead. Loyal dog attributes.

When the female lead transmigrated, it happened that the older brother of the former soul had been poisoned to death and the whole family was queuing up to hang themselves and she wound up disguising herself as a man to become the Lord of Jin.

Cheng Qianye transmigrates to a period of turbulent war and slavery.

Though at first, she is reluctant to accept her situation, she can’t bring herself to ignore the devastating situation before her.

After meeting Mo Qiao Sheng, a miserable slave on the verge of death, she saves him and takes the first step to bringing about change.

With the help of her system which shows her the aura of a person, she gathers loyal allies and sets about to abolish slavery and unify the country.

Note: This story focuses more on character development and the overall growth of the political situation. Although political, this is an easy read without too many complicated twists.