The Biography of Albrecht 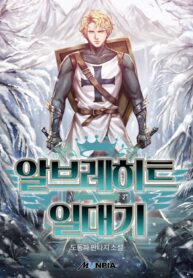 One day, our protagonist, Albrecht, gained the memories of a modern man.

The eldest son of a local lord, Mangani Albrecht von Hoenkaltern, fell into a coma after an unexpected accident.

A few days later, he finally regained consciousness but with the mind of a man from modern Earth.

After many twists and turns, he came to terms with his identity and swore to never bully the weak again.

Kicked out of the house, he begins his adventure.