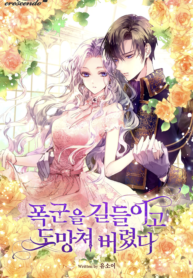 God gave me one more chance and finally came back after four hundred years.

As soon as I realized I returned, I decided that ‘no one should have pride.’

My goal was to destroy the country. So, I grew up with a genius prince who lived in hiding before returning.
He took up the empire for me and I left him for him to achieve his goal.

‘I came to pick you up Charlize Ronan.’ Dylan, who became a perfect tyrant after a few years, found me after searching all over the continent.

‘Why did you flee and run away?’