I Refuse To Be A Character In A Novel 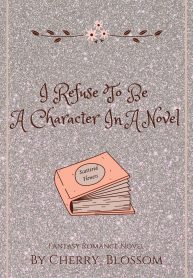 “What are you doing?”

“Getting along with my wife.”

“Mother, should I stay with you tonight as well?”

I finally returned to my original body, but…

When did I get married?

And why does my son look like the second male lead of that novel?!

After collapsing from a seizure, Erna swapped bodies with someone from another world.

Fortunately, she somehow returned to her original body after 8 long years.

But after recognizing her husband and son, Erna realized that her world was a novel written by the person she possessed.

And she was a side character.

The second male lead’s mother, who died before the story even began.

⌜I refuse to be a character in a novel.

This is my life and I will write the plot.⌟

Why did Erna swap bodies with Charlotte?

After realizing the truth, can she truly succeed in changing her fate?

Dandere General and his Lord