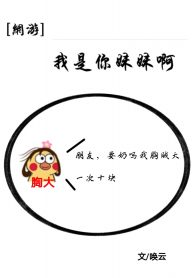 As everyone knows, there is a plucky sort of male host. He is evil, charming, and crazy. He is cold and has no feelings. He holds the land under the heavens in his palms. He has numerous confidants, but all of them can be forsaken and utilized. The true white moonlight of this master is only one.

Unfortunately, Li Xin was the former.

In a mysterious space, a man looked at the delicate and soft woman, like a pear blossom after the rain, and sighed. “Have you finished reading? This is your world. A novel featuring Lu Zhigui.”

As one of the most miserable beauties who was cheated by the protagonist to devote herself to him all throughout her life, she was ultimately sacrificed for the sake of his “true love”. The man had thought that once she saw the truth of the unilateral “love” between them, she would cry bitterly or maybe cause havoc.

After reading the final word, Li Xin casually closed the book, her expression as usual, and lightly said, “You mean, my brother is not Lu Zhigui, but Xu Yan. I recognized the wrong person, right?”

The man was dumbfounded by her tranquil manner, not resembling that of an implicated party, and hesitated, “……En.”

Looking at the woman’s slender figure fading into the brilliant rays of light, the man was at a loss and said blankly to himself, “Wasn’t this procedure too simple?……”

ShuShuShu, heads are falling from the brushing. *

*This is a pun. The character

This text is also known as《The Number One Priest’s Milk of Violence》, 《The Rebirth of the Most Wretched Beauty of the Year》, 《The Veteran And His Little Pampered Wife (Inaccurate)….. 》

The male lead is an upright veteran, and the female lead has a peculiar brain circuit.

The female lead is handsome and in charge of violence.